Update on the Solvency II Review 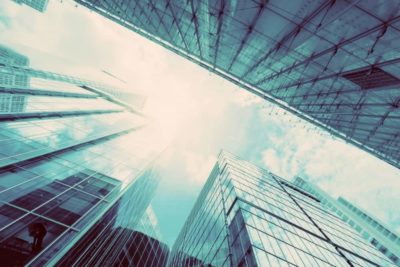 HM Treasury (HMT) issued a consultation on the Solvency II Review for UK insurers in April.  On the same day, the PRA released discussion paper, DP2/22, which outlines its views in relation to part of the review, covering the matching adjustment and Cost of Capital Risk Margin (CoCRM).  Neither are yet final policy and there are some considerable gaps in detail, but they do state the route HMT and the PRA are currently expecting to take.  In particular, note that the PRA supports the objectives set out in the HMT consultation and is using the DP to give the PRA’s preferred options.  The changes would be likely to require both legislation (which comes under HMT’s remit) and rule changes (which comes under the PRA).

The matching adjustment and its “fundamental spread”

This is covered by the HMT consultation and partly by DP2/22.  Here the PRA believes the current approach is too liberal, does not allow for all the risks faced by insurers, is not sensitive to risks across different asset types and does not reflect structural shifts in credit markets.  HMT is proposing widening the assets that can be used to back the matching adjustment.  The matching adjustment is not generally used by smaller insurers so these changes are likely to be of only theoretical interest to them and are not explored further in this note.

The cost of capital risk margin

This is covered by both the HMT consultation and DP2/22.  Currently the technical provisions equal the best estimate liability (BEL) plus an addition for risk, the CoCRM.  It is calculated as the discounted value of a cashflow of 6% pa of the non-hedgeable risk part of the Solvency Capital Requirement for the outstanding term of the policies in-force.  The margin over BEL allows for the payments that another insurer would be likely to accept for the risks of taking on the liabilities.  This is calibrated to be sufficient at a 99.5% probability level over one year – roughly equivalent to BBB.

The CoCRM has been found to be too sensitive to risk-free rates changing, so for example causing an increase disproportionate to the falls in recent risk-free rates especially for long-term annuity providers where the mortality risk is assumed not to be hedgeable.  HMT did look at replacing the CoCRM with a Margin over Current Estimate (MOCE), used in the International Capital Standards, but now prefers an adjusted CoCRM, which is in-line with the proposed new EU approach, a stance with which the PRA agrees.  This is mainly because the MOCE approach would remain sensitive to interest rate spreads, but also because of the differing outcomes on difference economic conditions and between insurers, even though the approaches could be calibrated to give similar answers on average.

The HMT consultation does not give any detail on the potential changes, whereas the PRA has considered two amendments:

The proposed new EU approach will continue to use 6% pa but is applying a lambda of 97.5% (effectively an additional discount of 2.5% pa).

HMT is aiming for the risk margin to be more consistent with the observed market values of insurers’ liabilities, based on transactions that have occurred.  The PRA believes there is justification for reducing the CoCRM for non-life insurers by about 30% and for long-term insurers by about 60%, to bring technical provisions in line with a justifiable transfer value of the liabilities.  In the PRA’s view, there is a case for reducing the cost of capital rate from 6% pa for both life and non-life insurance but proposes that the lambda will only apply to life insurance.  The long-term annuity providers will then have their technical provisions increased by the tighter rules on matching adjustment.

For the impact on individual insurer’s balance sheets, the DP is too vague to enable accurate calculations.  The impact is likely to vary significantly between insurers, but would lead to an increase in own funds for all insurers.  However, we will be able to produce estimates for our clients based on different combinations of rates and lambdas for the calculation of the risk margin.

This is covered by the HMT consultation but not by DP2/22.  The key proposals for smaller insurers are an increase in thresholds and changes to reporting requirements:

HMT proposes doubling the thresholds before the Solvency II regime applies.  This will enable a greater number of firms to apply the non-directive regime instead, although firms will be able to choose to opt into Solvency II or continue to apply Solvency II.  Firms currently within Solvency II but who would fall outside the requirement will need to consider whether doing so would be helpful, taking into account aspects such as system costs of changes, comparative ongoing costs of complying under each regime and likelihood of increasing in size such that Solvency II becomes mandatory again.  For firms who are currently just below the thresholds, this will give them more freedom, eg in terms of the ability to write more new business without falling under Solvency II.

Reporting requirements were amended and generally reduced in December 2021, leading to reductions in the effort and costs of completion, both in terms of number of annual templates and the removal of quarterly reporting for many insurers.  The PRA plans to consult on further reductions in requirements during 2022.  The aim is to ensure the reporting is appropriate and proportionate for UK insurers.

Other HMT proposals include:

We must emphasise that these are consultations and discussion papers, not final requirements.  Both HMT and PRA are looking for responses to their papers.  We intend to respond to both.