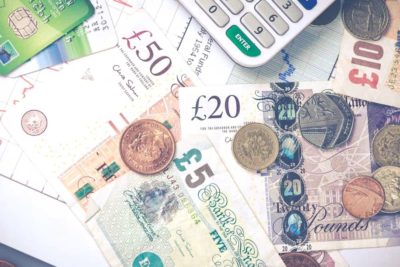 Between May 2016 and March 2018 (“the advice period”), approximately 7,700 members of the British Steel Pension Scheme (“BSPS”) chose to transfer their benefits out of the scheme and into a personal pension.  The vast majority of these members would have received advice from financial advisors, and the Financial Conduct Authority (“FCA”) is concerned that in many situations unsuitable advice may have been given, and has concluded the potential for widespread harm to consumers satisfies the regulatory and legal conditions for a consumer redress scheme to be implemented.  This scheme will require all firms who advised BSPS members to transfer during the advice period, to review the advice they gave, identify if it was unsuitable, and calculate and pay redress to consumers where required.

The BSPS was a final salary defined benefit pension scheme, which offered its members a lifelong inflation-linked pension at retirement.  These types of scheme provide valuable guaranteed benefits to members, which are expensive for firms to maintain, and in March 2016 Tata Steel (which ran BSPS) announced plans to restructure the business, which would have implications for the pension scheme.  Subsequently, it announced the final salary scheme would close for future accrual, and would be replaced by a defined contribution money purchase scheme.

As part of this restructuring, members were given two choices with regards to their pension benefits that they had already accrued.  They could either:

These options were presented to members in October 2017 as part of a ‘Time to Choose’ exercise, with members given only two months to decide.  Many employees would never have given much thought to their pension arrangements before, and were now faced with making a very significant financial decision on a complex matter within a period of a few weeks.  Unsurprisingly many members sought financial advice, and almost 8,000 members elected for a third option; namely to transfer their pensions out of the scheme entirely and move them into a personal pension arrangement.

The FCA is concerned about those members who opted for the third option and in March 2022 it issued a Consultation Paper (CP22/6) on a consumer redress scheme.  The aim is to put those BSPS scheme members who may have suffered a loss because of unsuitable advice back in the same financial position they would have been if the advice had been suitable and complied with the FCA requirements.  The final rules for the scheme will be published in autumn/winter 2022, with the scheme coming into force in early 2023.  The expectation is that compensation will be paid to all eligible members by the start of 2024.  The proposed time period from the scheme effective date to the date that any redress must be paid is short, so firms will need to act fast.

What firms will need to do

Assuming that the FCA goes ahead with the redress scheme, firms will initially need to identify all consumers who received a personal recommendation to transfer out of the BSPS and write to them.  Unless there are any consumers who explicitly opt-out of having their case reviewed, firms will need to undertake a thorough suitability assessment for each case to assess if the advice that was given was suitable.  This will be carried out using the FCA’s Defined Benefit Advice Assessment Tool (“DBAAT”).  For any cases that fail this assessment, redress will need to be calculated and an offer made to the consumer.

The FCA has said it is considering whether it is possible to develop its own calculator for firms to use to determine how much a consumer may have lost.  If it does, then firms should be able to undertake elements of the calculations themselves, although they may wish to seek outside assistance for any complex cases or validation of calculations.  But if the FCA does not develop a calculator then it is likely that firms will need to outsource the calculations to a specialist actuarial firm which has expertise in undertaking pension loss assessments and redress calculations.

How we can help

If you think your business may be affected by CP22/6 but you are unsure what to do next then we may be able to help you in a number of ways:

If you have any questions relating to this article or would like to discuss whether we can help in any way, please send an email to customersupport@sda-llp.co.uk.