So what have we learnt from SII so far? 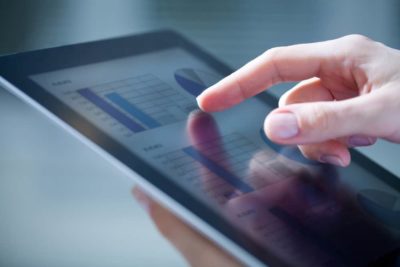 So Solvency II came into force on 1 January 2016. We all made it through the first year of Solvency II. How hard could it be to carry out the first full annual Solvency II valuation year end work and submit all required reporting to the PRA on time? In practice, meeting these reporting obligations was challenging, but here at SDA llp we succeeded in meeting those challenges. So what lessons did we learn from our experience (from both sides of the audit process)?

Lesson 1: Everything takes longer than expected. We had all been preparing for Solvency II for many years. We had carried out the day one valuations and submissions. The SFCR and RSR were basically just a re-hashing of information from the accounts and reported to boards, and lots of preparation work had already been carried out. So what could go wrong? The process relies on information and work by a number of parties, so we were all reliant on others, however quickly we ourselves carried out our work.

Lesson 2: Decisions needs to be agreed and documented. Approaching the first full year end, it became clear that not all firms had the same understanding of what was being done. For example, were financial statements going to use Solvency I style or Solvency II figures? If using Solvency II, would that require a restatement of figures for earlier years? Could those figures be based on Solvency II models in use at the time, or would they need to be recalculated using the most up to date models?

Another key area for documented decisions was the need for a comprehensive Board-approved management action plan. Whilst there is room for different interpretations (should there be one document that is the management action plan, or can a series of documented approvals meet the requirements?), the regulations are very clear that there must be an approved plan. Yet, in some instances we saw little or no evidence of the Board approving the assumed actions or documenting the circumstances in which they would or would not be used or having clear governance around the use of the actions.

Which leads us on to Lesson 3 …

Lesson 3: Good documentation is vital. It is important to clearly document methods and approaches to setting assumptions prior to any valuation. The approach taken can be signed off by the Board in advance and, in writing the documentation and justifying against regulations, you can find out in advance if any tweaks are required. Similarly, justification of assumptions and simplifications needs to be documented so that Boards have enough information to sign them off (or at least challenge them). We certainly came across examples where Boards were supplied with very little or no justification for certain assumptions, which also meant that auditors could not sign them off as being compliant without significant extra work. If the documentation had been written in advance of audit, as it should be, then the audit would be a smoother and less taxing process for all concerned.

Of course, it is also important to be aware of cost constraints, so aiming for “just the right side of the minimum required” may be more appropriate than hundreds of pages of documentation.

Lesson 4: Reporting requirements will not always be clear and logical. We had all prepared for the new Solvency II quantitative reporting templates. Many firms had done a test run using 31 December 2016 values. The final template reporting requirements were only published towards the end of 2016, so inevitably work was needed to understand any late changes, which well-prepared firms who completed the templates soon after the publication. In addition firms were required to complete the national specific templates for the first time which added to the time taken to fulfil reporting obligations. It became clear that there were different interpretations on how to complete certain forms from both sets of templates – for example, was a “with profits benefit reserve” supposed to be a retrospective reserve or a prospective reserve?

Similarly, there was a very wide range of approaches to SFCRs and RSRs. Was the RSR a completely separate document, or could it consist of the SFCR plus further information? Should the SFCR refer to other public information, or be self-contained? Was 20 pages sufficient, or was 200 more appropriate? Should the documents aim to be useful or just answer the questions required in as few words as possible?

Inevitably, firms will be looking to see what others have done, particularly for their SFCRs. We will be presenting on this topic at the AFM’s annual conference in October, aiming to help AFM firms to prepare for their next SFCR. We recommend that you concentrate on streamlining your processes for next year, and part of this process may be to decide that, based on an analysis of the overall industry approach to SFCRs, you can omit some of the information provided this year.

It will be interesting to see what feedback and queries come from the PRA once they have taken time to review the submissions in detail. We can also expect revisions to the NSTs.

Lesson 5: Do not underestimate the time needed for audit. Audit is nothing new. The accounts and substantial parts of the PRA Returns required auditing prior to Solvency II. It was envisaged that it would take a longer to get to grips with auditing Solvency II work, but surely it wouldn’t take significantly more time …

Where documentation was light, audit took longer than expected – auditors had to ask more questions, those being audited had to produce documentation late in the process, and sometimes issues arose at a very late stage. Where interpretations of the Solvency II regulations were different, this extended the time required for audit. Where numbers were constantly changing, eg following internal review, audit took longer than expected.

Where the auditors had pre-valuation meetings with their clients, these were key to smoothing the process, ensuring early understanding of requirements, expectations, timetables and approaches. Maintenance of issue logs was helpful in keeping up with progress, so that both sides knew what had been resolved, what information was still needed and what issues were outstanding.

Some of this is due to this being the first full year of Solvency II. If being audited by the same firm next year, audits should take less time. Even if a new auditor is in place next year, you should have finalised (pre-audit) numbers completed earlier next year, now your processes are in place, and your documentation should now be of a good quality. On the other hand, there was perhaps a trend for auditors to be slightly more generous in their requirements this year, on the understanding that they would not be next year.

A particular issue for general insurers was a change in auditor focus from whether the claims provisions were in a reasonable range to a detailed analysis of whether they complied with each relevant regulation.

Lesson 6: Being audited is useful. None of us like being challenged and we particularly don’t like being told we are wrong. In our experience, challenges from auditors were usually helpful. Sometimes, they led to tweaks to calculations, sometimes to improved documentation and nearly always it increased the understanding of both parties of the different ways that particular regulations could be interpreted. In our work supporting auditors, we saw many different approaches and interpretations, some of which were reasonable, some of which were not, but the discussions were helpful in sharing ideas.

Given the time pressures of a valuation, it can be helpful to have a pre-audit review. You may wish to get this carried out by your auditors, or you may find it helpful to get a different viewpoint. When regulations change in future, as they inevitably will (IFRS17 is on the horizon …), do let us know if we can help with any such reviews.

A key challenge when auditing is gaining a clear understanding of what has been done and why. See Lessons 2 and 3.

Whilst at times the year end work felt like wading through treacle, those with December year ends have now reached the other side. Most insurers will now have improved documentation, although there is always room for more improvement. The whole auditing process has given useful insights for all sides, and should mean an easier process next year.

We encourage you to use all your contacts to increase your understanding of what others in the market are doing and highlight areas for improvement. We can all gain from sharing our experiences with others, including auditors, those you meet at trade meetings, documents produced by working parties and of course external consultants.