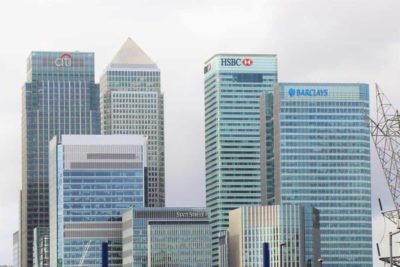 In July 2016, the European Commission requested a review of the standard formula calculation of the Solvency Capital Requirement (SCR). EIOPA was then asked to provide technical advice relating to the methods, assumptions and parameters used to calculate the standard formula SCR. The aim of the review was to ensure a proportional and simplified application of the requirements and to remove unintended inconsistencies.

In November 2017, EIOPA published a consultation paper which set out its proposed advice on a number of changes to the calculation of the SCR using the standard formula. This set out feedback it received on discussion papers released between December 2016 and March 2017, the analysis carried out by EIOPA and the proposed technical advice for a number of risk categories.

A summary of the key proposed changes is set out below. The final technical advice will be sent to the European Commission by the end of February 2018 when work can commence on assessing the potential impact on firms’ solvency position.

EIOPA reviewed the definition of the volume measure for non-life underwriting premium risk to ensure that is continues to be appropriate.

EIOPA has recognised that the current calculation methodology is not ideal for policies with a term greater than 12 months but has not decided on its preferred approach.
The consultation paper is seeking feedback on two options to calculate the volume measure after the initial 12 months for future business.

This change will only apply to non-life insurance business with terms greater than 12 months.

3 Recalibration of mortality and longevity risks for life underwriting risks

EIOPA considered whether an improvement in the granularity of the mortality and longevity stress should be introduced and has decided against this as it would lead to added complexity.

EIOPA is proposing the following changes to the calculation of marine, fire and aviation catastrophe risk.

For fire catastrophe risk, EIOPA continues to believe that the existing methodology is an appropriate approach and recommends that this remains the default calculation. In recognition of the difficulties with the current methodology, EIOPA has recommended a simplified approach to the calculation of the largest fire risk concentration with a 200m
radius around the exposure address. The proposed simplified approach is to restrict the number of buildings considered in the calculation to the top five exposures per risk type (residential, commercial, industrial).

EIOPA has proposed that all exposures which cannot be mapped to a risk zone must be considered to fall within the risk zone with the highest risk factor.

EIOPA has proposed some new provisional calibrations but has stated that these are highly likely to change and are still subject to validation.

The recalibrated/new factors are listed below:

In order to allow for individual risk profiles, EIOPA has proposed the introduction of an adjustment to the calculation of the loss for each region.

The loss for each region of each country is calculated as the lower of the undertaking specific calculation of the gross exposure and the country average percentage of the risk weighted sum insured.

EIOPA has made two proposals, one based on a symmetric 200 basis point minimum shock with a static interest rate floor (Proposal A) and the other a combined approach (Proposal B).

Proposal A applies a percentage adjustment based on term to maturity, similar to the current approach, with a linearly calculated minimum shock depending on term. The minimum
shock is increased from 1% to 2% for terms less than 20 years. A minimum shock is now also included in the interest rate downwards scenario.

Proposal B is a combined approach which uses Proposal A in a moderate and high interest rate environment but introduces a more appropriate calculation in a low yield environment.

The calculation of the interest rate stresses under both proposals follow similar calculation methodologies to those in current use. The main changes are to the parameters.

The final proposal will be communicated in the final technical advice to the European Commission.

EIOPA has reviewed the assumptions underlying the current calculation of the market risk concentration sub-module and is proposing that a change should be made to the derivation of the risk factor for ‘mixed’ exposures, i.e. those which do not exclusively consist of exposures to a single solo insurer.

EIOPA has suggested two alternative proposals. No decision has yet been made, although EIOPA currently favours the second option which uses an average risk factor.

EIOPA has decided to give groups with exposure to multiple currencies the flexibility to select a ‘local’ currency other than the one used for their consolidated accounts, for the purpose of the calculation of the currency risk sub-module.

EIOPA has been asked to provide clear and conclusive criteria which can be used to determine whether bonds and loans, for which no credit assessment is available, would then be allowed to receive the calibration associated with credit quality step (CQS) 2 (or alternatively CQS 1 or 3).

EIOPA has identified two possible approaches for identifying unrated debt with a credit risk comparable with rated debt assigned to CQS 2. The first is the “internal assessment approach” and the second approach makes use of results from approved internal models for banks or insurance companies.

Under the ‘internal assessment approach’, in order to qualify for the same spread risk charge as rated debt assigned to CQS 2, an unrated debt has to meet conditions based on all of the following:

EIOPA will make a final recommendation by the end of February 2018.

In addition to the criteria above, EIOPA will also set out the look-through criteria which must apply at the end of February.

For companies from industry sectors which are not covered in the look-through criterion the type 2 equity risk charge should be applied.

The consultation paper sets out information on how the criteria set out in the Delegated Regulation for the identification of strategic equity investments has been applied by insurance companies. No changes to the current approach are proposed by EIOPA.

13 Simplification of the counterparty default risk

EIOPA recommends that Article 196 (allowing for risk mitigation effect of derivatives) recognises contractual netting arrangements if the arrangement complies with Article 214 (on collateral arrangements). This would mean that all derivatives with a counterparty could be allowed for in this calculation, provided they were covered by such an arrangement, but with the minimum effect being set to zero (ie no negative effect allowed for). This has the potential to increase the calculated risk-mitigation effect and therefore reduce capital requirements. It also avoids artificial division of collateral to allow the calculation.

EIOPA has proposed two additional optional simplifications, one to use when calculating the loss given default for reinsurance and the second to avoid the step change which currently occurs when the standard deviation of the loss distribution moves across the 20% trigger point.

EIOPA proposes an additional optional simplification for calculating the risk-mitigating effect of reinsurance arrangements where that reinsurance only affects one line of business.

14 Treatment of exposure to CCPs and changes resulting from EMIR

A CCP is a central counterparty, i.e. central clearing house to help facilitate trades in derivatives and equities, and the use of a CCP should reduce counterparty risk. EMIR is the European Market Infrastructure Regulation on derivatives and its main aim is to reduce risk. The Solvency II regulations do not make any explicit allowance for the existence of CCPs or EMIR. EIOPA understands that no European insurer is currently a clearing member of a CCP but insurers may use a clearing member.

EIOPA has highlighted two possible options in relation to CCPs and will make a decision before the final advice is communicated.

For option 2, a change to the LGD formula in Article 192(3) would also be proposed.

EIOPA concludes that no changes should be made in relation to EMIR as the effects of EMIR are too unpredictable.

15 Simplification of the look-through approach

Article 84(1) of the Delegated Act requires a look-through approach. Article 84(3) states that if a look-through approach is not possible for collectives, the SCR can be calculated on the basis of the target asset allocation of the collective, provided this applies to a maximum of 20% of total assets by value. Article 168 states that if neither look-through nor target asset allocation approach is used, the assets must be assumed to have the same risk as type 2 equities.

EIOPA is proposing the following changes:

Currently there are diverging approaches to the application of look-through at a group level across Europe.

EIOPA has identified and consulted on two options:

a) Keeping the current look-through regulations and providing more guidance to supervisors; and

b) Treating undertaking at a group level in the same way as they are treated at solo level.

EIOPA is looking to achieve convergence in the calculation of the loss-absorbing capacity of deferred taxes. The consultation paper sets out a number of
principles relating to the projection of future profits and will make a final decision following its review of the feedback received.

EIOPA has undertaken a review of the appropriateness of the Cost of Capital rate used to in the calculation of the risk margin and has recommended that the rate should remain at 6%. 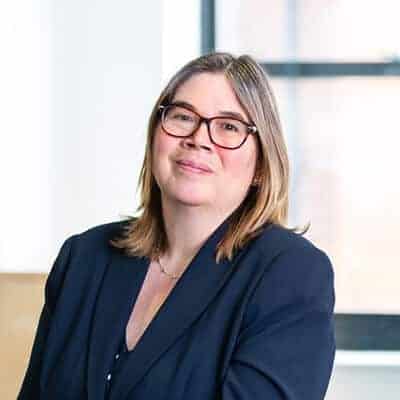